To my friends and neighbors in Maplewood-South Orange,

I am writing to urge you to vote in Tuesday’s election for Board of Education. There is a lot at stake for our district and it looks to be a very tight race. Polls are open from 2-9pm on Tuesday, April 17.

I support Amy Higer, Jennifer Payne-Parrish, and Tia (Karen) Swanson. The key issue for me is the district’s plan to raise expectations and provide a high-quality education to ALL students by delevelling the middle school and substantially restructuring the high school’s placement system. Combined with curricular reform that is already underway, I think these changes will have a positive, much-needed impact on our district.

Higer, Payne-Parrish and Swanson support these reforms and Payne-Parrish, an incumbent, voted for them. The other slate (Pai-Eastman-Bennet) opposes these changes and Eastman, the incumbent on that slate, voted against them. Instead, they support a “choice-based” system which, though rhetorically appealing, is clearly not a realistic option for our district of limited resources. We need unity and a firm commitment to all students –– not more division.

Another important factor which I don’t think has received much discussion is that Madhu Pai works as a “marketing executive for an educational consulting firm” (according to her campaign website). According to LinkedIn, Pai works for Education Dynamics, a company which colleges and universities hire to market their schools to prospective students. Their services allow expensive, for-profit colleges and online-diploma programs to pay to have their programs promoted on seemingly informative websites. While I do not doubt that Pai is committed to our district, I cannot help but see her employment in the for-profit education industry as a conflict of interest. Already, Mark Gleason, a current school board member, is the Executive Director of the Philadelphia School Partnership –- an organization which raises funds from billionaire philanthropists to advocate charter schools and other “choice” style programs. I believe we must be vigilant in keeping our school board independent from an industry that is steadily and stealthily working to undermine our public education system.

On a more positive note, I recently visited my high school history teacher. The AP US History program at the school has nearly doubled in size since when I was a student. What began as a class of 15 now includes over 90 students — nearly 20% of the grade. Test scores have not fallen; nearly all students still receive 4s or 5s on the exam. As my teacher explained, “many of these students never thought of themselves as AP students — until they found themselves an AP class. Then they quickly rose to the challenge.” Expectations matter. We have a great district filled with incredible, dedicated teachers and competent, driven administrators. Already significant improvements have been made, but there is still much to be done. Let’s vote for the board members who will support our district in doing best by ALL students.

PS. You can learn more about all the candidates on their websites:
http://payne-parrishandswanson.org
http://www.amyhiger.org
http://www.votesoma2012.com

Also, when considering Pai-Eastman-Bennet’s promise to “make our decisions based on data and evidence about what works and what does not”, I suggest keeping the findings of this essay in mind:
http://monthlyreview.org/2010/12/01/the-loneliness-of-the-long-distance-test-scorer

Context: The Maplewood-South Orange School District, which I attended my entire public school career, is in the process of de-leveling the middle school. The district belongs to a community with many wonderful and unique characteristics: suburban, easy public access to NYC, artistically vibrant, and both racially and economically diverse. But the leveling system reveals an uglier side, as the school is blatantly segregated along racial (and socio-economic) lines.

You can read the district’s proposal here. A paper profiling three case studies of successful elimination of “curricular stratification” can be found here. Its focus is on how to de-level, but the endnotes contain an overview of the literature on why, with two decades of papers discussing the benefits of heterogeneous grouping. Our district is in communication with one of the district’s profiled, and seems to be following the steps outlined in the paper.

Finally, I was inspired to prepare these remarks after attending a discussion of alumni last week. It was a powerful post-mortem on our public school experiences. Hearing first-hand the vastly different experience some of my peers had in the very same schools has motivated me to get involved in this issue (again). The discussion was hosted by a filmmaker and fellow district alumnus Cris Thorne, who is working on a documentary called Deleveling the System. Excerpts of the discussion are online here and here. Additionally, I highly recommend Cris’s earlier documentary (produced as a high school student!), One School, for more background.

Finally, I should note that I was unable to read the complete transcript, because I had prepared for the standard 3 minutes of public comment and found out upon arrival that we were restricted to two minutes.

As a k-12 alumnus of this district, it is clear to me that the leveling system is not colorblind. In both the classrooms and the hallways, white students are consistently given the benefit of the doubt, while black students are assumed to be trouble-makers and low achievers. Students enter school with different degrees of preparedness, but the leveling system calcifies these differences into inequalities.

Worse, the leveling system turns prejudice into self-fulfilling prophecy. Low expectations correlate to low performance. For example, women perform worse on math exams after being told there is a genetic difference in math ability between the sexes.

There is clearly a place for grouping students by skill-level and motivation. But it is not always beneficial, even for “top” students. This is especially true of the turbulent and vicious middle-school years, where academic success is better predicted by behavior and obedience than by aptitude.

There are many styles of learning – fast, slow, deep, shallow, literal, abstract, disciplined, intuitive – yet we conceive of “high” and “low” achievers through standardized tests that are valued precisely because they simplify everyone onto a single metric. When testing becomes the end game of education, we all suffer. Excessive reliance on testing dehumanizes students and ultimately sabotages their education. Students who feel valued and respected are more apt to learn. The infuriating paradox in our district is that top-level classes are discussion based, encouraging of critical thinking and debate, while lower-level classes too often focus exclusively on test prep.

Education is about empathy, respect, creativity, and citizenship as much as it is about literacy and arithmetic. These values reenforce each other. Knowledge is power, and schools should empower students. Let’s teach compound interest alongside the history of redlining and predatory lending. Education is about life, not the GEPA.

There is much to be gained by heterogenous classes. One of the best ways to learn something is to teach it to a peer. And one of the best ways to be challenged, is to be confronted by someone who’s experiences and values are different from your own. That is what I most cherish from my education in this district. And for that, I really have to thank a group of my classmates, some of whom who are here tonight, for literally stopping classes my senior year to create a conversation among students in different levels.

Lets not forget, we’re all in this together. Today’s students are tomorrow’s voters, workers, mortgage-signers, taxpayers, parents, neighbors. Your children’s lives are affected not just by their own education, but by the education of everyone who participates in this society. To fret about the rigor of your special snowflake’s 6th grade social studies curriculum in light of massive, structural inequality is short-sighted and just plain wrong.

There is a wide-spread assumption that integrating classes will destroy our education system and wipe out our property values. Students can feel this very early on, and it is exactly this kind of attitude that perpetuates inequality. The best way to lift your property values is to do what’s right: work towards a system that benefits all students instead of only half. Lets reject the politics of fear, and instead move forward with empathy, creativity, and determination. 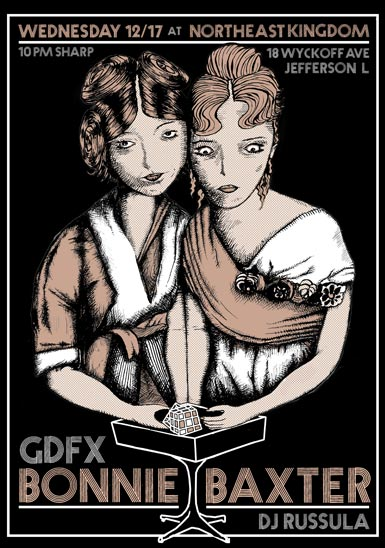 My friends Jon and David, and their friend Carson, are Tingle Fingers, an in-house design + screenprinting operation in Brooklyn. Their stuff looks really good– gorgeous designs and professional quality printing– but is made in the same loving d.i.y. way as when Jon was a jersey hardcore kid. 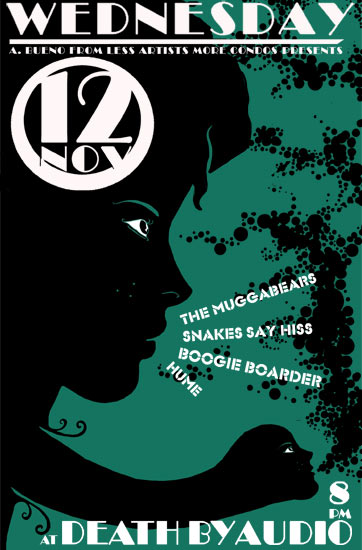 Their rates are reasonable so hire them or show them some love on facebook and myspace.