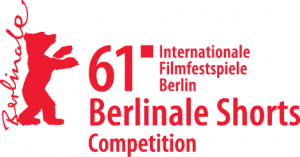 I am very excited to announce that my thesis film, ASHLEY/AMBER, has been selected to screen in the 61st Berlin International Film Festival’s Berlinale Shorts Competition.

Thank you and congratulations to my incredible cast & crew!!

3 thoughts on “Ashley/Amber going to the Berlin Film Festival!”