School has me very busy and hence not blogging much. But there’s been some little things I want to post, mostly creative endeavors by my pals and smidgens of youtube joy, and it seems wrong to do so without first addressing the election. Not so much cause I have anything new to say about the topic, but because as Guy put it, “insofar as this blog functions as some kind of archival document of my shit I thought it would be appropriate to note this (4 th3 future and @!!).” So two weeks late but better than never: 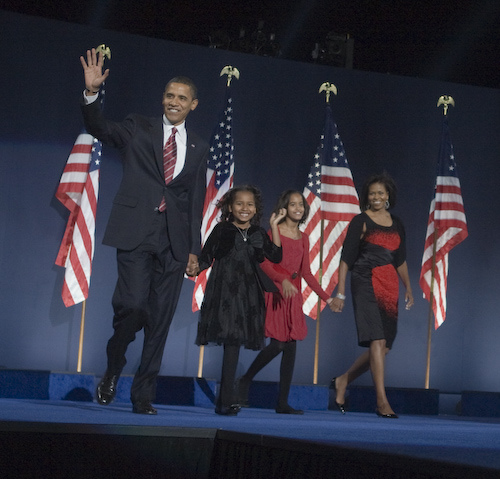 Its clear at this point that the lefty wet dream of Obama being a closet radical who will dismantle capitalism from the inside is but a tantalizing fantasy. Luckily we have the financial crisis to accomplish that mission and Obama’s victory represents many other awesome things. For one, we’ve defeated the fascist elements in this country. Democracy finally pulled through and now I can stop being paranoid about prison camps and nuclear wars (hopefully). And maybe the Constitution will finally be rescued from the bathroom of the White House, where its been used as toilet paper for the past eight years. It will be nice to believe that I have rights because I am an American, not because I am a privileged white college student.

This is a definite win of intelligence over ignorance. I still can’t tell if our past few leaders (sans Clinton, maybe) were actually stupid or just pretending, but either way its fantastic that America elected someone who is not just crazy smart and competent but also graceful and stately. It almost makes me proud to be a Harvardian. Not so much because he went here but because he is a model of an elite (meaning those who are highly skilled and educated, not necessarily born rich) actually contributing to society, not just plundering it.

From a multicultural and racial perspective, this is huge and empowering, and not just as a welcome break from all those scowled white faces. I’m thinking about the difference in how the black students my sister goes to school with will view this country and their options for the future, compared to when I was in middle school. I doubt many students at MMS, black or white, would have believed you nine years ago if you told them a black man would be president less than a decade from now, however much they would have liked to. Now its real. Obama is inspiring to everyone, but for young minorities he opens up possibilities that may have previously seemed unattainable. I look forward to the next generation of leaders.

And the Obama family, what a joy to see such a power couple and their adorable children. Michelle and Barack are both intelligent, strong, and beautiful. They seem to sincerely love and respect one another, to treat each other as equals. They make matrimony seem both sexy and fulfilling.

Finally, how exciting to hear my peers say they feel patriotic for the first time in their lives. To cry with my friends and then cheer for hours in the streets with strangers. To have a couple weeks of feeling hopeful and optimistic, before settling back into pessimism. Which unfortunately is already trickling in, hence the need to dash this out for the archives.

Liberty and justice for all.