“This is How Families Go Hungry” by Ned Resnikoff
END_OF_DOCUMENT_TOKEN_TO_BE_REPLACED

END_OF_DOCUMENT_TOKEN_TO_BE_REPLACED

I watched this interview with Wendell Berry a couple weeks ago, and my thoughts continue to return to this one quote:

Well, you’ve put me in the place I’m always winding up in and…that is to say well we’ve acknowledged that the problems are big, now where’s the big solution? When you ask the question what is the big answer, then you’re implying that we can impose the answer. But that’s the problem we’re in to start with, we’ve tried to impose the answers. The answers will come not from walking up to your farm and saying this is what I want and this is what I expect from you. You walk up and you say what do you need. And you commit yourself to say all right, I’m not going to do any extensive damage here until I know what it is that you are asking of me. And this can’t be hurried. This is the dreadful situation that young people are in. I think of them and I say well, the situation you’re in now is a situation that’s going to call for a lot of patience. And to be patient in an emergency is a terrible trial.

In the 22 years that Swami Durga Das has managed New York’s River Fund Food Pantry, he has never seen hunger like this. Each Saturday, hundreds of hungry people descend on the pantry’s headquarters, an unassuming house on a residential block. The first people arrive around 2 am, forming a line that will wrap around the block before Das even opens his doors.

The new clients are diverse—working people, seniors, single mothers—but many of them share something in common: they represent the millions of Americans who fell victim to food insecurity when the Great Recession hit in 2009, but didn’t benefit from the economic recovery.

And the worst may be yet to come.

Food activists expect a “Hunger Cliff” on November 1, when automatic cuts to food stamp benefits will send a deluge of new hungry people to places like the River Fund Food Pantry, which are already strained. 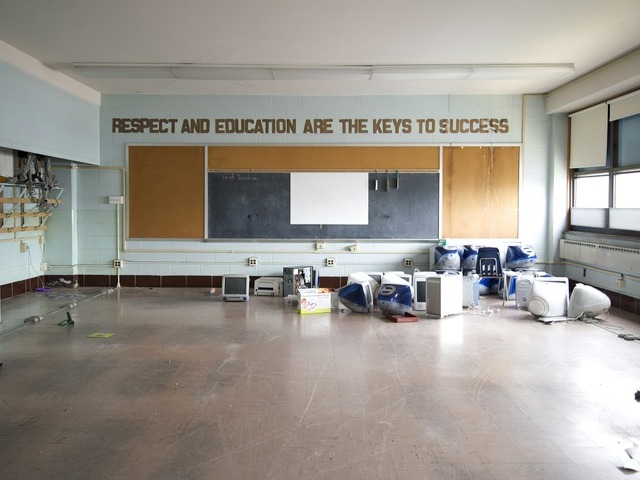