“This is How Families Go Hungry” by Ned Resnikoff
END_OF_DOCUMENT_TOKEN_TO_BE_REPLACED

Our technology has given us new means, but by and large we’ve employed them for the same ancient purposes, and reaped the same consequences.

Sold out & signed up for twitter. Follow me @beccatr0n if that’s your thing. If not, I’m going to try to post weekly-ish recaps of the most interesting finds, but in full paragraphs with punctuation. 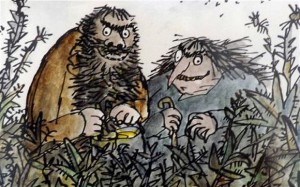 Nathan Bootz, a school superintendent in Michigan, writes a public letter to his governor:

In these tough economic times, schools are hurting. And yes, everyone in Michigan is hurting right now financially, but why aren’t we protecting schools? Schools are the one place on Earth that people look to to “fix” what is wrong with society by educating our youth and preparing them to take on the issues that society has created.

One solution I believe we must do is take a look at our corrections system in Michigan. We rank nationally at the top in the number of people we incarcerate. We also spend the most money per prisoner annually than any other state in the union. Now, I like to be at the top of lists, but this is one ranking that I don’t believe Michigan wants to be on top of.

Consider the life of a Michigan prisoner. They get three square meals a day. Access to free health care. Internet. Cable television. Access to a library. A weight room. Computer lab. They can earn a degree. A roof over their heads. Clothing. Everything we just listed we DO NOT provide to our school children.

This is why I’m proposing to make my school a prison. The State of Michigan spends annually somewhere between $30,000 and $40,000 per prisoner, yet we are struggling to provide schools with $7,000 per student. I guess we need to treat our students like they are prisoners, with equal funding. Please give my students three meals a day. Please give my children access to free health care. Please provide my school district Internet access and computers. Please put books in my library. Please give my students a weight room so we can be big and strong. We provide all of these things to prisoners because they have constitutional rights. What about the rights of youth, our future?!

Please provide for my students in my school district the same way we provide for a prisoner. It’s the least we can do to prepare our students for the future…by giving our schools the resources necessary to keep our students OUT of prison.