rrrojer.net is the website of Rebecca Relkin Rojer. It features a blog and some of her artwork. 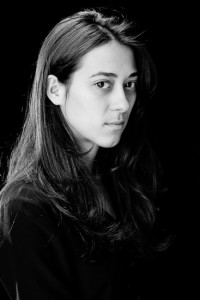 Originally from Maplewood, NJ, Rebecca produced her first short films and animations as a student at Columbia High School. In 2004 she was selected to participate in the William H. Cosby Future Filmmakers Workshop at NYU and the Innerspark-CSSA Animation Program at CalArts.

Rebecca graduated in 2010 with high honors from the Visual and Environmental Studies Department at Harvard University, where she also illustrated for the Harvard Lampoon. Her thesis film Ashley/Amber premiered at the Berlin Film Festival in 2011 and has since screened around the world. After graduation she worked as assistant to the filmmaker Whit Stillman on his film Damsels in Distress.

Rebecca lives in Kingston, NY. She works as a commercial web designer & illustrator under the moniker Beccatron, serves on the board of the Modern Money Network, and continues to work on a variety of film projects, both fiction and documentary.